The Pemones from Gran Sabana call the dew Chirïké Yetaakú, that means Saliva of the Stars; the tears Enú Parapüé, meaning Juice of the Eyes, and the heart Yewán Enapué: Seed of the Womb. The Waraos, from Orinoco's delta, say Mejokoji (The Sun of the Chest) to name the soul. To say friend they say Ma Jokaraisa: My other Heart. And to say forgetfulness they say Emonikitame, that means forgiveness.

They are so confused
that truly
the kind people we are
we call them savages. 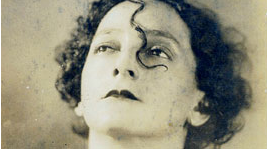 Flesh
spread the gasp
of your most beautiful sin:
you are like a garden
empty yourself
in the one that snaps
the golden tapestry of your bloom
docile
like creatures awaiting for god
as naked roses
the hundred disordered hairs
flesh… flesh of mine!
call intensely,
restless holder:
open!
you are like a garden
Posted by The Verbatim Project at 19:31 No hay comentarios:

From Poemas del escritor (Fundarte, 1989).
Posted by The Verbatim Project at 20:02 No hay comentarios:

I need You to snatch the hummingbird from the air
to swathe your word
to sink your teeth in me
to take your soul for a walk with the afternoon of my spirit
to be a tree in a magical stare
to rustle over a flower
I need the pebbles of your river to be sand in my hands
the sea to be yours at the end of the battle
I need you to talk talk talk
like an iris on my forehead.

(small poem to teach a sleepy star how to talk)

Caupolicán Ovalles (Guarenas, 1936 - Caracas, 2001) was one of the most emblematic members of El Techo de la Ballena. ¿Duerme usted, señor presidente? (1962) is a book of poems that criticizes the presidency of Rómulo Betancourt. "Bird Language:" is part of Alfabetarium (2001).
Posted by The Verbatim Project at 14:12 No hay comentarios:

i agonize asking for serenity and joy for his days
i remind him that castile was never an empire
but he who doesn’t blame me anymore for being my parents’s slave
touches the binoculars and repeats
don’t forget about thailand
Posted by The Verbatim Project at 20:07 No hay comentarios:

They do not rest in the threshold
They create it
From the roots moved by their footsteps
With gestures, sometimes dramatic,
Of a radiant waiting

Thus, by instant, the dwellers surprise us
When we inhabit the silence of patient signs
And the first persuasion of light touching our skin

From Los moradores (1974). Note of the translators: Silva Estrada's poetry is unique in the spectrum of Venezuelan literature. His work should be studied and translated with such distinctiveness in mind. He did not collaborate or join any literary group. In order to understand his work, it is advisable to read Stéphane Mallarmé. Due to the level of complexity of his poetry, this piece will be in constant revision.
Posted by The Verbatim Project at 9:33 No hay comentarios: